When Lisa Deck was chosen as a Go Red for Women national spokeswoman in 2014, she was thrilled to have a larger platform to help raise awareness about heart disease and stroke.

She had plenty of personal experience to draw from. She’d survived three strokes in her 20s, starting while she was in college. The third left her on permanent disability.

After years of invasive and exhausting treatment and, finally, recovery, Deck had settled into a sustainable lifestyle. Although her new normal required extra rest and she occasionally felt numb on her left side, she found solace in volunteering with the American Heart Association. She saw it as “trying to turn something negative into a positive.”

Halfway through her yearlong spokeswoman role, Deck endured one of those numbness spells. She figured it was because she’d been particularly busy with volunteer work and her two children, leaving her extra tired.

But the symptoms lingered longer than usual. As someone who advocates for others to take action, Deck decided to follow her own advice and went to the emergency room.

“I think you had a fourth stroke,” the doctor told her.

Tests later showed she had moyamoya disease, a rare condition caused by blocked arteries at the base of the brain that can result in a stroke. While the disease has no cure, the blood circulation can be potentially improved through brain bypass surgery.

She discovered that people with moyamoya disease are a tight community. They provided insight and, most of all, comfort. She also found strength from her several thousand followers at ISurvivor Lisa Deck.

The advocate had once again become the patient.

“We soon met with a neurosurgeon who said that not only did I need one surgery, but two, because each side of the brain has to be done separately,” she said.

Deck went to California for treatment at the Stanford Moyamoya Center. Each operation lasted about 10 hours.

A week later, doctors declared the surgery a success. The blood flow in her brain had increased sevenfold, decreasing her risk of another stroke.

She also regained feeling in her left side, a surprise to doctors. Speech problems that began after the operation were resolved within two months. Upon returning home, Deck’s family treated her and her husband, Brian, “like conquering heroes,” he said.

Deck faced yet another physical and emotional recovery period, one that felt both familiar and new.

“Being sick in my early 20s helped me understand myself and how I needed to dig deep to get through tough situations,” she said. “But this time was different because I was a mom. So sometimes that meant I’d be terrified and sad and go in the bathroom and cry for 10 minutes and then come out and serve dinner.”

Nearly four years later, Deck hasn’t had any more strokes. She rarely feels numbness or other issues. Better still, she’s conquered her fear of exertion and has started working out. She does group cardio and strength classes while using a monitor to measure her heart rate.

And, true to her nature, Deck has remained an advocate, although now with an additional cause.

She gives motivational speeches and lobbies legislators. In fact, she was at a global forum in Japan on Tuesday taking part in a roundtable discussion about patient-centered health care held by the Health and Global Policy Institute, a Tokyo-based think tank.

She and two other women in her hometown of North Attleboro, Massachusetts, also have started Sisters@Heart, a nonprofit to raise heart and stroke awareness in their local community.

“They’ve had tremendous success in the community,” Brian said. “I’ll walk around town and people will say, ‘Hi Brian,’ and they’re all people I met through Lisa. She’s really impactful.”

“What provides me joy is that my story gives hope to people,” she said. “When you hear ‘four strokes, a rare disease and two brain surgeries,’ I think most people picture someone really debilitated and down. That I’m able to share something positive helps people to see the possibilities.”

Stories From the Heart chronicles the inspiring journeys of heart disease and stroke survivors, caregivers and advocates.

Do you want to make a difference in your community ? The Southern New England American Heart Association needs you! We invite you to become an EmPOWERED to Serve Ambassador who makes an impact for the long term. #SNEHeart Email Victoria.Strang @heart.org
View on Twitter
0
5

Have you ever felt hangry (hungry + angry)? Food 🍽️ and mood 🙂 have an effect on one another. #SNEHeart helps you understand how they interact so you can make good diet choices and avoid emotional or impulse eating: https://t.co/jsIhQuVZAE https://t.co/5SzCHoGMQX
View on Twitter
0
3

Happy Lunar New Year 2020: May the Year of the Rat bring you good health, luck and fortune. #lifeiswhy https://t.co/hA61yHdwwo
View on Twitter 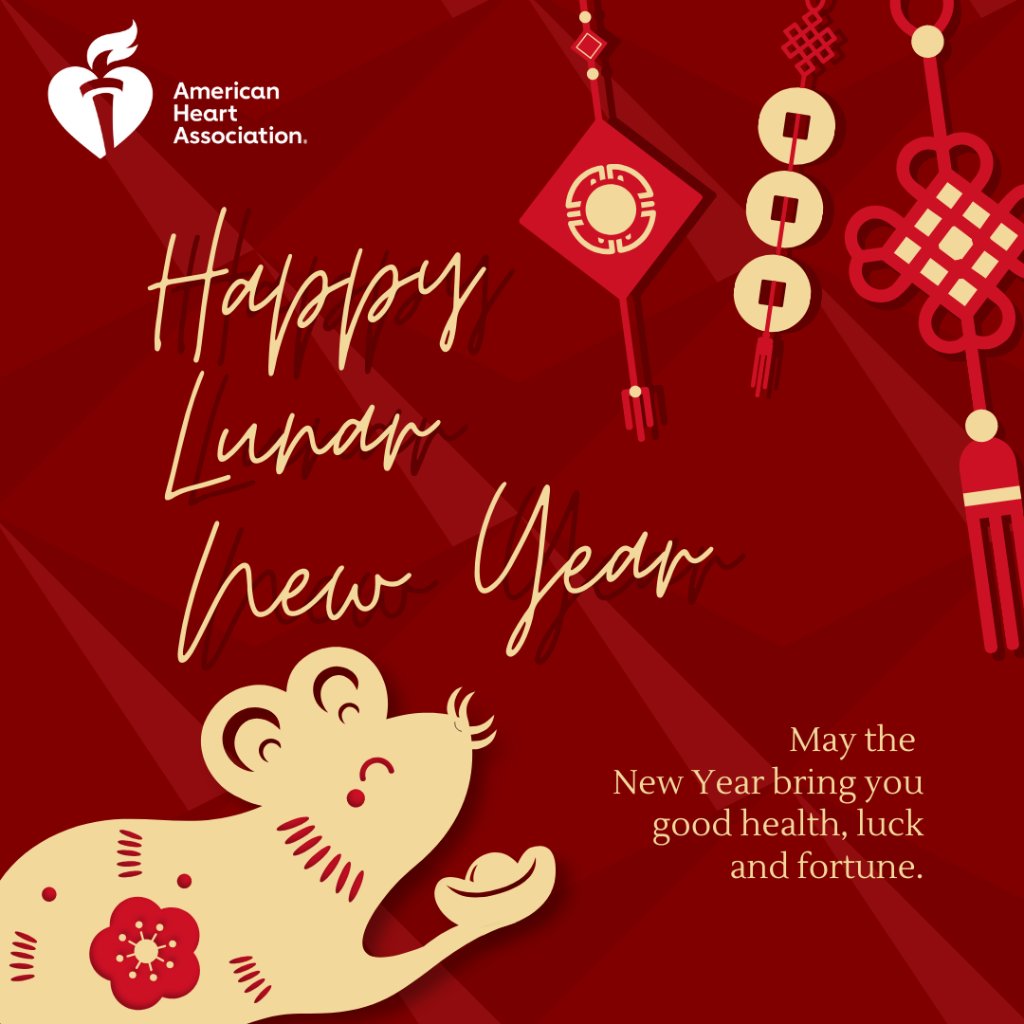 #RhodeIsland let’s Go Red this February! On Friday, February 7th the nation will come together, igniting a wave of red from coast to coast as millions of people come together for a common goal: to end heart disease and stroke. https://t.co/2Mc1fHcP9J https://t.co/IzAkYfjmL2
View on Twitter
0
4