Named Recipient of 2015 Tracey A. Kennedy Leadership in Advocacy Award

Sosnowski was presented with the 2015 Tracey A. Kennedy Leadership in Advocacy Award, a “lifetime achievement” award given in recognition of outstanding leadership and tireless efforts to advance the mission of the American Heart Association – building healthier lives, free of cardiovascular diseases and stroke.

Sosnowski, who serves as chairwoman of the Senate Committee on Environment & Agriculture and member of the Senate Committees on Finance and Health & Human Services, was selected for her leadership on bills that will help build a healthier Rhode Island.  During the 2015 Legislative Session, Sosnowski championed legislation that would update Rhode Island’s school nutrition standards and ensure that only healthy foods and beverages are advertised and marketed to children on school property.  Both bills were unanimously approved by the Senate.

Senator Sosnowski also sponsored Rhode Island’s original school nutrition bills that required elementary, junior and senior high schools to offer only healthy snacks and beverages to students.  The measures – enacted in 2006 and 2007 – set the stage for Rhode Island to become a national leader in school nutrition.  In addition, Senator Sosnowski has been a strong advocate for tobacco control, leading efforts to protect Rhode Island citizens and children from the dangers of secondhand smoke.

“Senator Sosnowski believes in offering and providing a healthy environment for all Rhode Islanders, but especially our children. She has a long history of partnering with the American Heart Association. We are thrilled to recognize her lifetime achievement as a public health champion,” noted Tracey Kennedy.

“Regardless of how busy Senator Sosnowski is, every time we bring her a new idea she is willing to jump in and help. Her leadership and commitment are greatly appreciated.  We are very lucky to have her at the State House,” said Megan Tucker, Director of Government Relations at the American Heart Association.

The Tracey A. Kennedy Leadership in Advocacy Award was established in 2010 and is named for one of the American Heart Association’s most passionate advocates.  Tracey Kennedy of Wakefield is a stroke survivor and her commitment to advancing the American Heart Association’s mission through meaningful policy change at the state and federal levels is unparalleled.  She has displayed tremendous leadership over the years as past Chairwoman of the Rhode Island Board of Directors and as an Advocacy Ambassador.  Kennedy currently serves as Immediate Past Chairwoman of the Rhode Island Advocacy Committee.

Founded in 1924, we’re the nation’s oldest and largest voluntary health organization dedicated to building healthier lives, free of heart disease and stroke. To help prevent, treat and defeat these diseases — America’s No. 1 and No. 5 killers — we fund cutting-edge research, conduct lifesaving public and professional educational programs, and advocate to protect public health. To learn more or join us in helping all Americans, call 1-800-AHA-USA1 or visit heart.org/sne.

Planning a virtual celebration? Take a look at these virtual party tips and then share with us what made your celebration memorable! https://t.co/qeQw7ZNI5V. @Kroger_Health is a national sponsor of the American Heart Association’s Healthy for Good Initiative. https://t.co/HNrZQhN8dG
View on Twitter
0
0 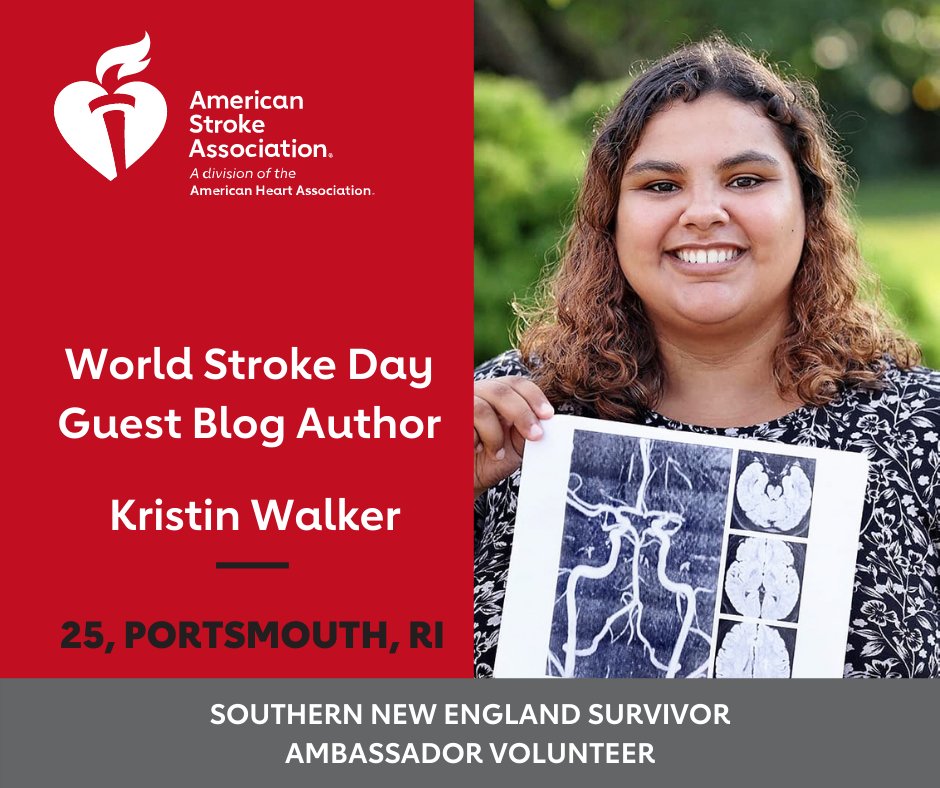 The faster a stroke is treated, the more likely the person is to recover. This World Stroke Day, learn and share when to act F.A.S.T. https://t.co/7NvF2sV1ow #WorldStrokeDay
View on Twitter
0
1

Evidence continues to grow indicating that people who smoke or use e-cigarettes are at greater risk of dying of COVID-19. Join the @RIPIN_RI and experts from @NHPRIHealth and the #AHA to learn more about smoking and vaping cessation during a pandemic. https://t.co/TvYinDQGGm https://t.co/9UK0vjjVMK
View on Twitter